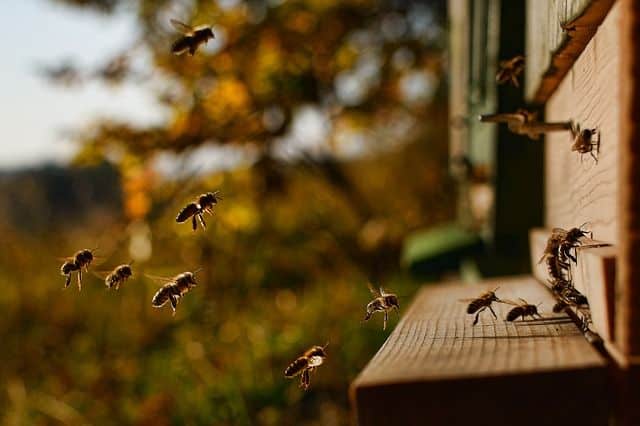 Beekeeping For Beginners - Getting Started
2 Comments

Ever heard of the phrase “Busy as a Bee”? I imagine so, well this is derived from the concept and hard-working nature of the honey bee.

We live in a society where people often take for granted commodities such as honey, without actually knowing how it is made, or how a beehive works. And we understand why, as it’s not something that we are all necessarily taught growing up; Therefore we wanted to shed some light on the subject.

So how does a beehive work? Well, good question!

There are many different types of beehives available, depending on the type, a beehive can consist of many different parts; for this example, we are talking about the Langstroth Hive; however, there are other types such as the Top-Bar Beehive and Warre hive which are also commonly used.

We have a list of our recommended beehives here for you to take a look at!

Anyway, the Langstroth beehive consists of the following:

We’ve also included a diagram of how these parts look on a beehive.

The Internal Workings of How a Beehive Works

A beehive’s internal interior consists of densely, heavily populated hexagonal prismatic structured cells made of beeswax, this is called a honeycomb. Bees use these hexagonal cells to store food (which for them is honey and pollen) and to house their brood (which consist of their eggs, pupae, and larvae)

How does a beehive work | Functionings of the Hive

The typical structural hierarchy of a honey bee hive has the queen bee as the “leader” of the hive, where worker bees are her followers and essentially work for her to gather pollen and nectar, which is then carried back to the hive.

The queen bee herself has two primary functions,

During the reproductive cycle, once a new ‘virgin’ queen bee emerges, the original queen bee will then leave the hive with around half of the original colony, to start another hive; This is called Bee Swarming and is the natural process in which new hives are formed. Often beekeepers will try to take advantage of this natural process by providing a vacant hive for these colonies to inhabit – for more information on this, take a look at this article on how to start a beehive without buying bees.

How does a beehive work | What exactly do Worker Bees do?

Worker bees will consistently be traveling outside of the nest to gather pollen and nectar. Worker bees are essential to the fundamental operation of any hive, helping take care of the queen bee and any babies. They also help clean the hive and maintain the internal operation of it; ensuring things are running smoothly, from reproduction to make sure honey is being produced at its highest volume.

There are other worker bees that help provide protection to all members of the colony, alongside making sure there is enough water in the hive.

The swarming season typically happens during the months of March to July; To ensure that a beehive does not become over-populated, as the bee population grows larger, other bee swarming sites are created.

These new hive locations are sought out by worker bees themselves.

Other than for the presence of a new ‘virgin’ queen bee, a queen could decide to leave the hive if she becomes unhappy with the current hive, for reasons such as the hive may be too hot; or too small, etc.

During this period, new colonies and beehives are created; which in-turn allow the existing structure to survive, allowing bees to reproduce and the original (and new) hive to function normally and extremely efficiently.

A traditional beehive is one which is created by a colony of worker bees. However, due to the increased commercialization of beekeeping, for the purpose of honey extraction (using honey extractors and honey harvesting equipment, there are a variety of man-made beehive types available. These are typically kept in apiary locations, and synthesize the surroundings and conditions of a natural beehive.

As beehives have increasingly been used for the production of honey, as opposed to the single purpose to maintaining a colony, they are typically harvested several times during the year, by a professional beekeeper who also helps to maintain the hive, helping ensure that the environment is contributing to the health of the bee colony and ultimately the overall production of honey.

As previously mentioned, there are different types of beehives, and these hive varieties each have different functions, purposes, advantages, and drawbacks; Therefore understanding the specific type of beehives available will certainly help you decide which hive is right for you. We have more information on the different beehive types in this article.

In most cases, a hive will function similarly, as long as the queen bee is alive and functioning properly.

But, as is the case with most hives, they function under the queen bee, who in turn passes her power down to a new queen bee, once it is fully grown and developed.

The hive continues to thrive, and develop new swarms over time, allowing it to grow, thrive, and continue to produce for the worker bees in the colony.

As you can see, that is how a beehive works, although I can assure you that the day-to-day functioning and operation of a beehive is more complex, with there being many variables and situations that can affect a colony and their honey-producing abilities, such as disease and other factors.

If you’re interested in becoming a beekeeper, take a look at our article on how to start a beehive